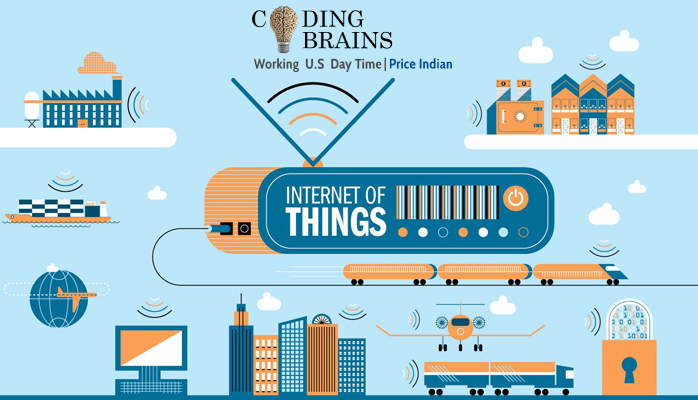 Built on cloud computing IoT makes everything smart based on the machine to machine communication. It is a nonpareil amongst all the accessible technology as its mobile, virtual & equipped with sensors collecting data. This new technology requires enabling to create a vast network foundation which might take up many years. The exceptional requirement of IoT apps development is required to generate distinct IoT platforms. Creation of software and hardware configuration to assist developers in exploring IoT devices & apps is supported by open source community and Internet of things solutions provider companies.

Below are the resources to build next generation IoT Applications for developers:

It simply acts as a cloud relay between IoT devices and applications. Permitting quick and smooth IoT solution development for several markets that range from the consumer, commercial and industrial. Its server component is open sourced and operates everywhere including the public cloud, private cloud, hybrid cloud, LAN, or even on your laptop.

It is a well-established environment of an Internet of Things based on open technologies by the joint effort of individuals and companies. The technology is accessible for IoT devices, Gateways, and Cloud Platforms. This co-operation benefits to concentrate on the development, promotion, and adoption of open source IoT technology.

This is a unique platform as it has the capability to transform every domain. The area with immense possibilities is drones in the IoT term. This platform targets the easier usage of drones.

It is an interactive electronics hardware specifications, an assemblage of software including IDE & it is a programming language. It is easy to use in hardware & software, an open source prototyping platform. A tool that can build computers capable of sensing and control more of the material world than the desktop computer.

It’s a browser-based editor which enables in a single click to wire the flow in the nodes in the palette. An inbuilt library enables to save functions for re-use. However, modules more than 2 Lacs are in the repository, it is easy to extend the range of palette nodes to add new capabilities.

It is the most sturdy robotics development platform supporting every library of Node.JS to build valuable devices in minutes. Nonetheless, it can communicate the physical world from sensing to actuate the device connected. An open source library is available on NPM along with guidance and tutorials available online. It actually avails you to just plug, install npm & play.

It plays a major role in assisting in connecting and regulating IoT devices. It also gives robust aid to many products in home automation.

It is the first kind of product ready, low priced, usual purpose estimate platforms to aid low barrier entrance for entrepreneurs in all extent from pro-makers to consumer electronics and companies working on the Internet of Things (IoT).

Designed for particularly for developers, students, educators, and DIY electronics enthusiasts. As the Intel® Galileo Gen 2 board is an endorsed with a software background for exceptional count functionality. It is an open-sourced hardware.

Based on ATmega328 (Arduino Nano 3.x), it is a breadboard-friendly board. Functions similar to Arduino Duemilanove, the Arduino Nano which can be powered through the Mini-B USB attachment.

This board greatly efficient for applications where space is a major issue. It is a semi-permanent installation in objects appears without pre-mounted headers permitting the control of wires. It is powered by ATmega328 and available in 3.3 V and 5 V versions.

A potent development board to build real IoT projects created by joint efforts of universities and industrial partners. It was created to develop an IoT hardware for logistics, smart cities, and industrial project for a European Project. It is a classic hardware platform fully congruent with principal IoT operation systems.

Created for telemetry and control of projects, it is an independent low-power wireless module. It is capable of interacting over the free 868-915 MHz bands across the earth. They are built to persist for years even though powered by simple batteries

It is available with the efficiency of usage of Arduino Consolidated with the capability of Linux making it an ideal board to design connected devices especially IoT projects.

A platform for an IoT analytics to aggregate, envision and interpret live data currents in the cloud. It permits sensors, tools, and websites to convey data to the cloud to save in a channel.oard

Local Motors has taken a step further by creating an open source connecting to Rally Fighter exhibiting Internet of Things ability. It is unearthing new ways to blend technology in all their vehicle innovation with AllSeen Alliance. Automotive grade Linux distribution, a Raspberry Pi board, Arduino relay boards, and October open source software are included in the open source design.

It is the chief element to expedite the “Internet of Things” ecosystem. It has provided with factory bundled I/O ports, sensors and energy-efficient wireless connectivity technology allocated to all projects in the IoT and IoE fields.

It is available with the efficiency of usage of Arduino Consolidated with the capability of Linux making it an ideal board to design connected devices especially IoT projects.

Designed to connect all smart devices collectively it is a hardware and software platform. The Sphere App as it notifies the users are away from home when it senses an issue and assists to repair the problem.

It is a vendor and technology skeptic open source automation software for home. It is with pluggable architecture supports 200+ various technologies and systems and thousands of devices.

With its assistance, we can facilitate cognitive computing characteristics in your app using Language, Vision, Speech and Data APIs. This API creates a simple way for developers and grants a host of different services. It’s featured APIs enables to create chatbots interpreting natural language and deploy on messaging platforms and websites. It can also quickly develop cognitive exploration and content analytics engine.

It is a managed cloud platform to connect devices in a smooth and safe manner to communicate with cloud applications and other devices. With the capability to support several of devices and messages, it can provide and route information to AWS endpoints and devices securely.

Through this platform, it can blend your existing devices and systems with IoT solutions specially designed for your business assistance to get insights to change your business. Azure grants adaptability to connect devices and operating system already being used by you. Azure’s basic pre-configured solutions properly stimulate IoT projects and stay ahead of the competition.

It gives cloud-based support and utility-based sensing services. It is an initiative to facilitate a new range of open large-scale intelligent IoT applications as a collective work between many open source contributors. It presents a range of smart city solutions from research-academia to industry products like the smart campus, crows-sensing monitoring and more.

It assists device and apps to recognize, locate and interact with each other. Interoperable applications can be easily drafted by developers regardless of the manufacturer’s conveyor layer. It can also be achieved without the Internet. It’s available for developers to download the software and operate on successful platforms such as Linux and Linux-based Android, iOS, and Windows, including several other lightweight real-time operating systems.

It is an Open Source platform that acts as a mediator to aid the IoT to combine with any device regardless of brand or protocol. It enables you to design any user interface and system intelligence as it is equipped with the ability to control and customize solutions over time. It avails the customized solutions in accordance with your requirement from the smart city, buildings, healthcare and home automation

It is a middleware with the initial focus of enhancing the speed of IoT solutions deployment. It can be done as the cloud enabled software for connected devices which is customizable middleware, transport-agnostic link or as a feature rich platform for IoT applications.

ARM mbed OS is an open source rooted operating system primarily for the “things” in the IoT’s. ARM Cotex-M microcontroller safety, connectivity, an RTOS, and drivers for sensors and I/O devices incorporates every feature to develop a related product. Few of its core characteristics comprise providing important libraries which are included automatically on the device. This permits you to concentrate on composing application code. Further, there are several alternatives for connectivity in mbed OS with the assistance of software libraries, tutorials and more.

As an open source operating system that connects cost & power effective microcontrollers to the Internet for IoT’s. It aids fully standard IPv6 and IPv4, along with the recent low-power wireless standards: 6lowpan, RPL, CoAP with a mighty toolbox for creating complicated wireless systems.

To create connected devices for the IoT Android Things* is an exclusive operating system. We can add Android Things to get an effective time to the market platform with ith verified functionality on Intel® architecture to compare your projects ahead reasons of theory.

Developed by a society of academia and hobbyists from across the globe, it’s an open-source operating system. It works on a standard operating system to ensure that IoT that is connected and safe.

It is an IoT software program that blends an IoT operating system and middleware. It comes with an AA battery and a kernel as small as 10 KB with the choice of quick startup and interconnectivity. It comes with a software platform for developers to diminish development demands and time. It is used in smart hardware in IoT fields such as smart homes, wearable devices, Internet of Vehicles, smart metering, and Industrial Internet.

It is a collection of software already installed and configured. With the use of ThingBox Project, you can build new infinite applications communicating with connected objects from a simple web-browser. This site provides users the graphical interface to take complete benefit of IoT without any technical background. It is prepared to use device released under the WTFPLicence without a technical background.

The arrangements of the Raspberry Pi is aimed at IoT, but the fast evolving Raspbian is the best. It’s the most famous and widely accepted IoT platforms. Developers can rely on various projects and tutorials for help.